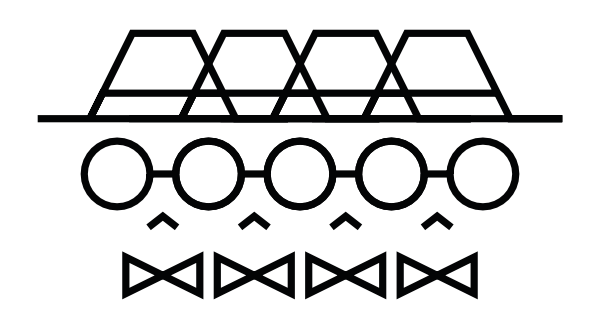 Fernando Pessoa: The Poet of Many Masks

Fernando António Nogueira Pessoa was born in Lisbon in 1888, died there in 1935, and did not often leave the city as an adult, but he spent nine of his childhood years in the British-governed town of Durban, South Africa, where his stepfather was the Portuguese consul. Pessoa, who was five years old when his natural father died of tuberculosis, developed into a shy and highly imaginative boy, and a brilliant student. Shortly after his seventeenth birthday, he returned to Lisbon to enrol in the university-level course of Arts and Letters but dropped out after two years without having sat for any exams. He preferred to study on his own at the National Library, where he systematically read major works of philosophy, history, sociology and literature (especially Portuguese) in order to complement and extend the traditional English education he had received in South Africa. His production of poetry and prose in English during this period was intense, and by 1910 he was also writing extensively in Portuguese. He published his first essay in literary criticism in 1912, his first piece of creative prose (a passage from The Book of Disquiet) in 1913, and his first poems as an adult in 1914.

Living sometimes with relatives, sometimes in rented rooms, Pessoa supported himself by doing occasional translations and by drafting letters in English and French for Portuguese firms that did business abroad. Although solitary by nature, with a limited social life and almost no love life, he was an active leader of Portugal’s Modernist movement in the 1910s, and he invented several of his own movements, including a Cubist-inspired ‘Intersectionism’ and a strident, quasi-Futurist ‘Sensationism’. Pessoa stood outside the limelight, however, exerting influence through his writings and in his conversations with more conspicuous literary figures.

Respected in Lisbon as an intellectual and a poet, he regularly published his work in magazines, several of which he helped to found and run, but his literary genius went largely unrecognized until after his death.

Pessoa was convinced of his own genius, however, and he lived for the sake of his writing. Although he was in no hurry to publish, he had grandiose plans for Portuguese and English editions of his complete works, and he seems to have held on to most of what he wrote.

In 1920 Pessoa’s mother, after the death of her second husband, returned from South Africa to Lisbon. Pessoa leased an apartment for the reunited family – himself, his mother, his half-sister and two half-brothers – on the Rua Coelho da Rocha, 16, which is today the Casa Fernando Pessoa. This is where Pessoa lived for the last fifteen years of his life – part of the time with his mother, who died in 1925, and sometimes with his half-sister, her husband and their two children, but he also spent long periods by himself. (Pessoa’s half-brothers emigrated to England in 1920.) Family members have reported that Pessoa was affectionate and good-humoured but resolutely private. No one realized how vast and varied a written universe was contained in the large trunk where he deposited his writings over the years.

The contents of that trunk – which today constitute the Pessoa Archives at the National Library of Lisbon – include over 25,000 manuscript sheets of poetry, prose, plays, philosophy, criticism, translations, linguistic theory, political writings, horoscopes and assorted other texts, variously typed, hand-written or illegibly scrawled in Portuguese, English and French. Pessoa wrote in notebooks, on loose sheets, on the backs of letters, advertisements and handbills, on stationery from the firms he worked for and from the cafés he frequented, on envelopes, on paper scraps, and in the margins of his own earlier texts. To compound the confusion, he wrote under dozens of names, a practice – or compulsion – that began in his childhood. He called his most important personas ‘heteronyms’, endowing them with their own biographies, physiques, personalities, political views, religious attitudes, and literary pursuits. Some of Pessoa’s most memorable work in Portuguese was attributed to the three main poetic heteronyms – Alberto Caeiro, Ricardo Reis and Álvaro de Campos – and to the ‘semiheteronym’ called Bernardo Soares, while much of his vast output of English poetry (along with some prose) was credited to heteronyms Alexander Search and Charles Robert Anon. His one French heteronym, Jean Seul, wrote satirical essays. The many other alter egos included translators, short story writers, an English literary critic, an astrologer, a philosopher, a friar, and an unhappy nobleman who committed suicide. There was even a female persona: a hunchbacked consumptive named Maria José, who was helplessly in love with a metalworker who passed by every day below the window where she always sat, gazing and dreaming.

Today, more than seventy-five years after Pessoa’s death, his vast written world has still not been completely charted by researchers, and a significant part of his prose writings are still waiting to be published.